Long before the news broke across the country, I already knew there was a serious shortage of trade workers in the home remodeling industry. They agree to show up next week, re-schedule, work a few hours, disappear to another job – they’re juggling dozens of projects all across town. Once in a while we actually finish a room. . . although finished does not necessarily mean done.

Last July when we first started remodeling this house everyone decided the first floor powder room would be the first room to be finished. It was small, only needed the sink and toilet replaced, a new light fixture, and a fresh coat of paint. Then the tile crumbled when the 45-year old vanity was removed. Okay – we’ll replace the floor. Even better. 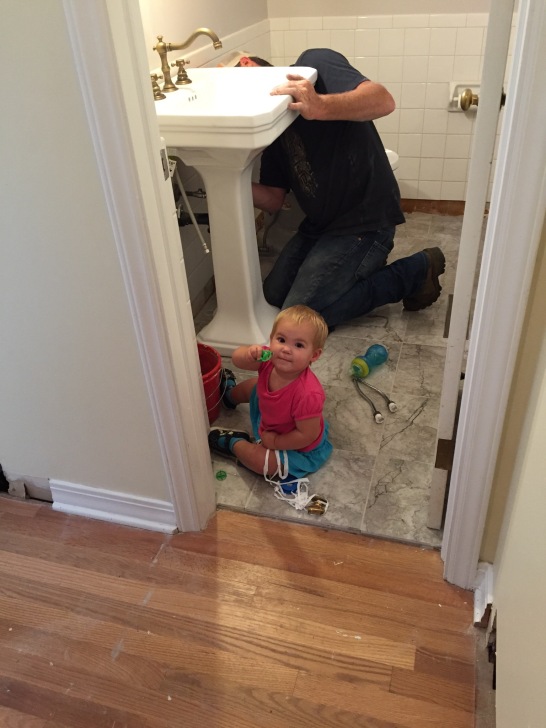 The sconce was on backorder, the electrician was delayed, other rooms in the house became a higher priority, but finally (and with the help of our contractor’s adorable baby girl) this little powder room was finally finished. Meanwhile, those walls began to look very bland.

After a great deal of research, thousands of photos searched on Pinterest, and a can (or two) of antiquing glaze, I decided to add a ribbon with upholstery tacks just above the tile for a punch of color in this sea of blah (actually, I couldn’t find ribbon in the exact color as the new paint on the doors, so I used a decorative, self-adhesive tape from Michael’s.) 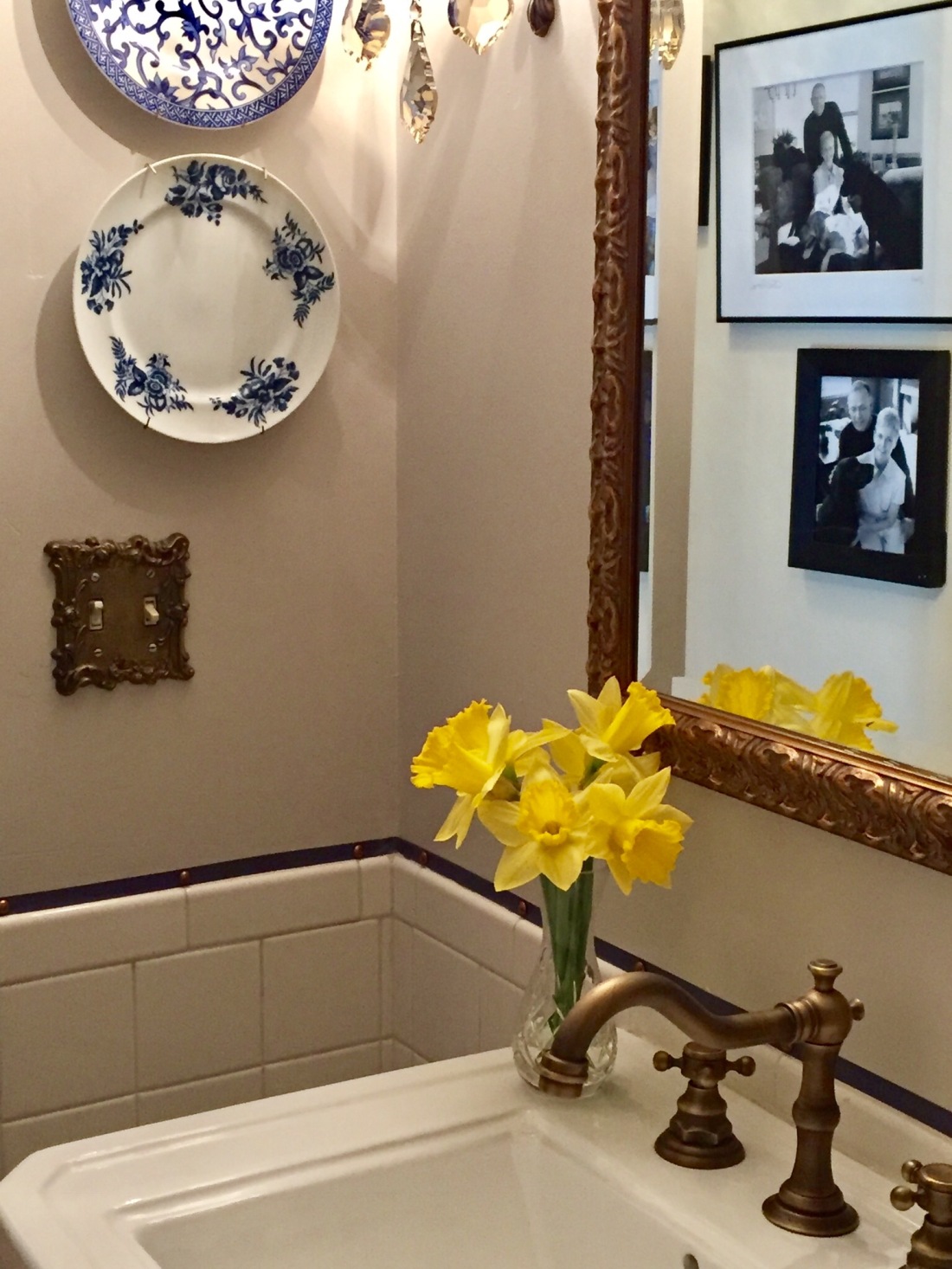 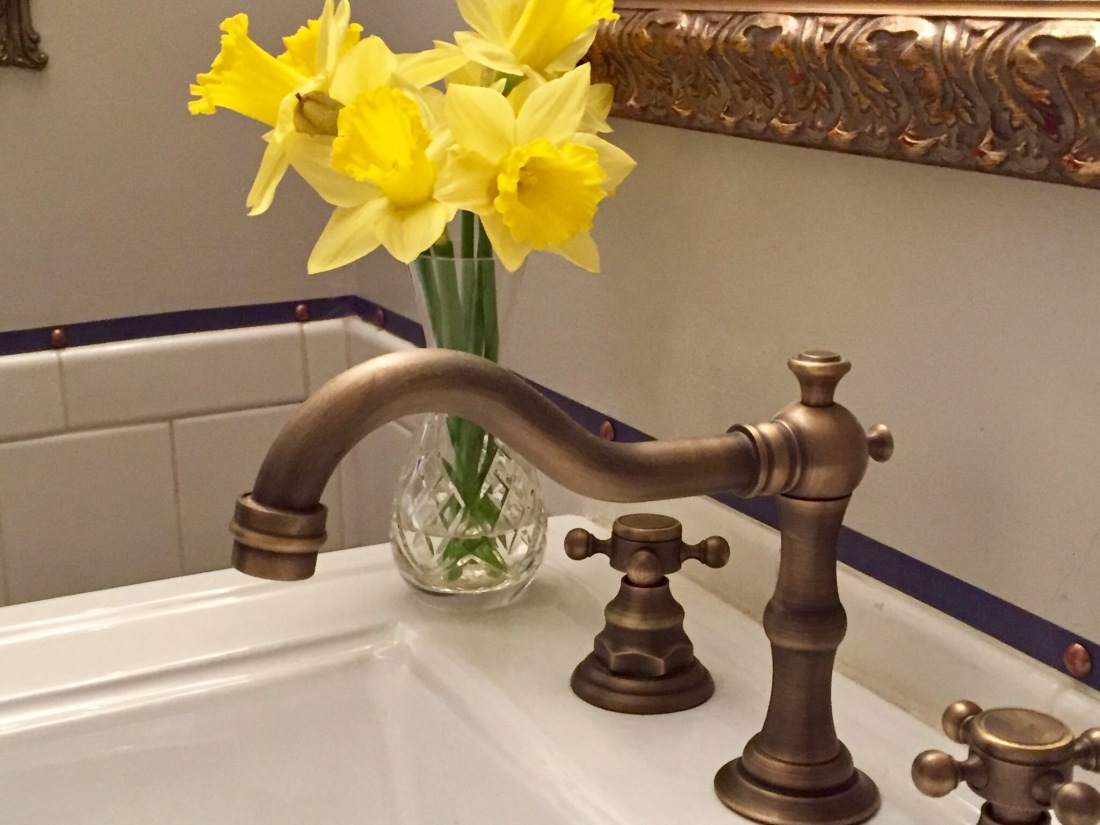 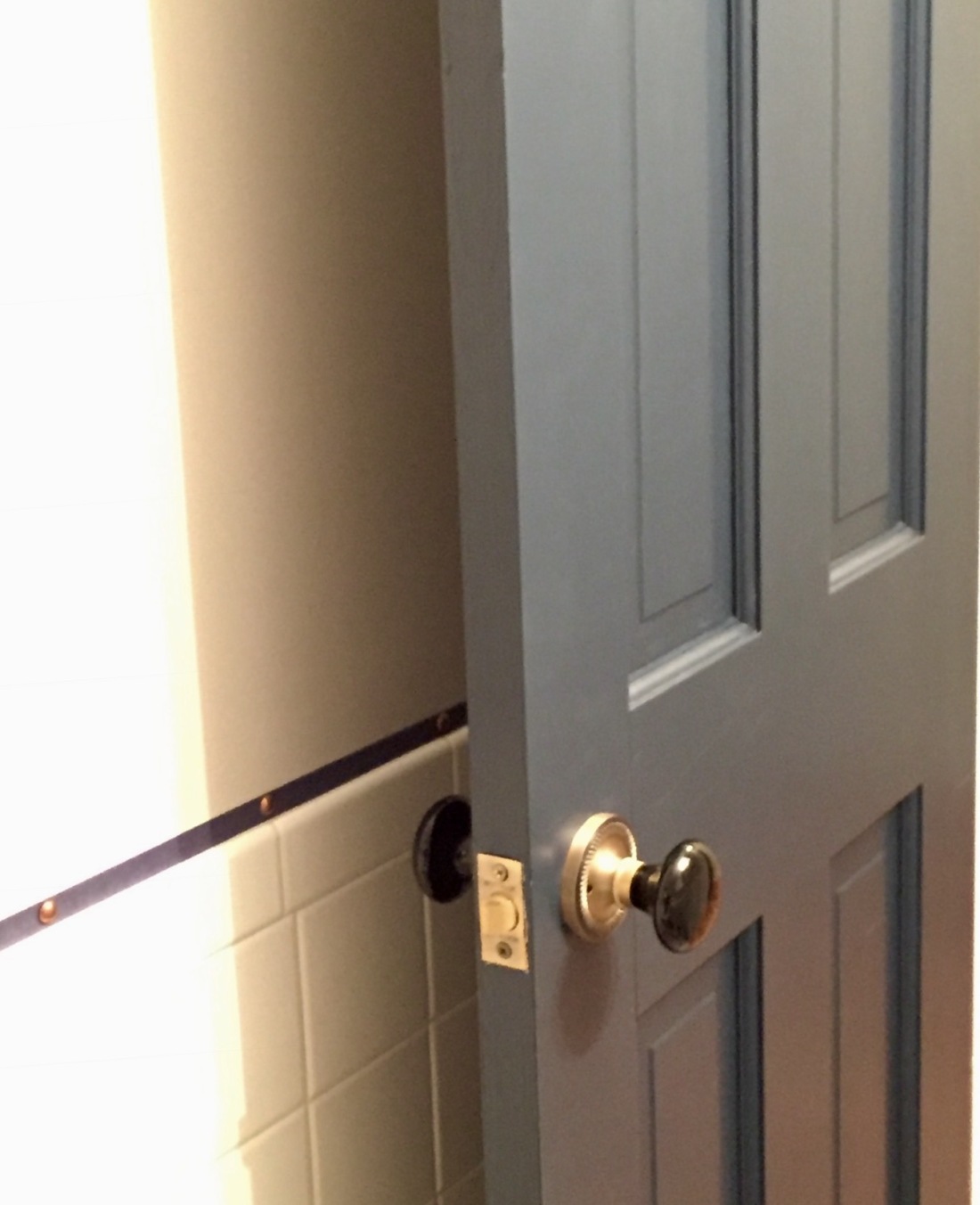 We fell in love with the color of paint on the front doors (more blue than reflected in this photo) so I decided to use it on all the interior doors as well. The doorknobs, by Nostalgic Warehouse, were on Amazon last September at $15/each – 90% off retail. I bought every one available, which was just enough to replace every doorknob in the house. 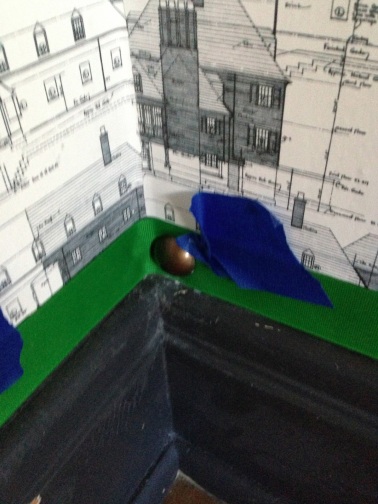 There are risks to actually finishing a room. For one, my family claims I grow restless when I’ve finished decorating every room in the house, and then it’s only a matter of time before we move on. If you stick around long enough though it’s fun to look back and see how a room evolved over the years. Maybe tweaking a room is the best part of the design process – adding a plant in a found container, changing the pillows, adding fabric to the ceiling.

I was a bit intimidated to put a lovely piece of fabric on the powder room’s ceiling, but it was in my original plan. Let the tweaking begin. . .