Just over a year ago my husband and I moved to our ‘forever’ home – the place we intended to live to our last days. Forever had lasted about six months when I had an idea.

What if we had misjudged what a forever home should be like? Was it possible we wouldn’t want a home this large? What if one of us – or both of us – didn’t want to climb stairs forever, or putz in a garden with so much grass? And if these things happened to become true, we surely wouldn’t want to do another renovation when forever had perked along for several more years.

We wouldn’t have to live in it right away, I had argued to my husband. It could be a vacation rental for awhile, or forever, if we decide not to downsize again. But, better to find a little house now. . . just in case.

We called Julie, our long-trusted realtor, and began a search for an adorable cottage. She established our MLS ‘cart’ and (intuitively) named it Secret Gardens. It had been a few weeks into the search when she sent me an email that said, “Oh my . . .”

It was the perfect little house in idyllic Lake Junaluska sitting at the end of one of the oldest streets, and next door to a garden containing plants that were once abundant, but are now rare. My heart swelled when I walked through the front door.

One family had owned it since the mid-40s as a summer cottage, and mostly left it in its original state. Character absolutely oozed out through the woodwork.

By the time we drove the 5 minutes back home, I had reworked the floor plan ever so slightly and convinced my husband to make a full-price offer. Full price wasn’t enough.

A few weeks later Julie discovered the lady that had won the bid (with her over-ask offer) was going to flip our little house. The three of us worked up a proposal, which my husband presented to this nice lady. After several conversations, he convinced her to sell us our house back.

And for the past few months we’ve been living in the fabulous land of RenovationOz.

“Authentic and original adorable 1945 Lake Junaluska Cottage located on Stuart Circle in walking distance to all that wonderful Lake Junaluska Assembly has to offer. The Summer cottage boasts wood floors. pine paneling, 3BR/1.5BA and two fireplaces. The livable cottage needs tender loving updating and is being sold as is/where is and priced accordingly. Seller states that the electrical and plumbing have been updated. The home is adjacent to the beautiful Corneille Bryan Nature Center.”  MLS description

These two rooms were added onto the original cottage at some point along the way. We’ve opened the wall between the two rooms to create one large space, and a doorway and window along the back wall of the kitchen have been removed. 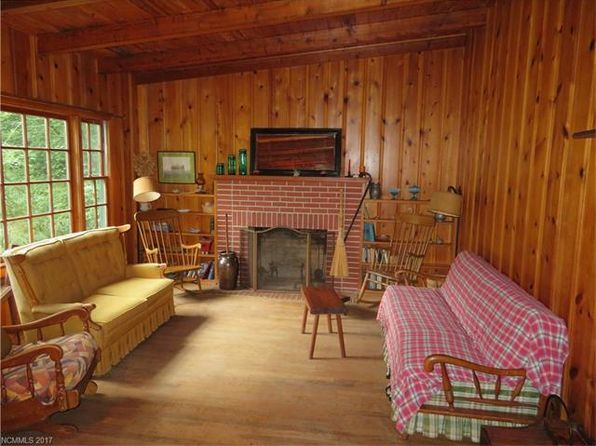 This room was probably the original living room before the addition. Although barely visible, there was a very dainty crown molding that the over-ask buyer had already removed. She had also replaced the window with french doors, which we thought was a splendid idea.

Although previously used as a bedroom, it was necessary to walk through this room to reach the rest of the house, including the bathroom!

My husband added a Victorian-style ventless heater to this fireplace, and I’m contemplating re-painting the brick. The doorway leads to the hallway. 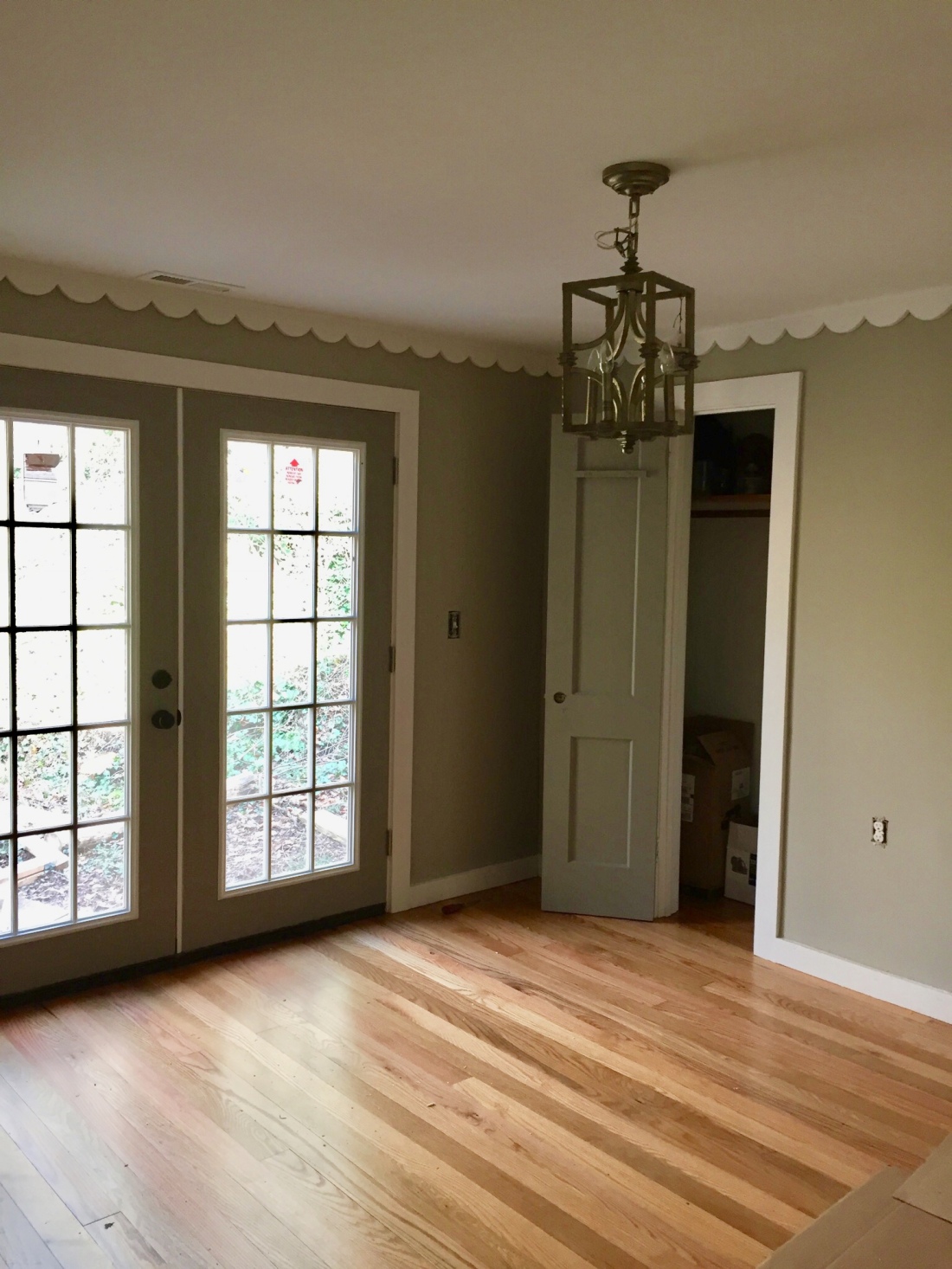 New french doors will lead to a deck that was in-progress before this week’s snow storm. The crown molding is a larger replica of the original molding, which I had never seen before, but reminds me of fish scale siding. The original hardwood floors were re-finished last week.

The hallway bath keeps the same footprint, but will get a new tile floor.

This room is next door to the master bedroom, and will become the master closet/laundry room.

The future Master Bath (no kidding).

A few inches stolen from the hallway allows for a new shower and two vanities in the master bath. 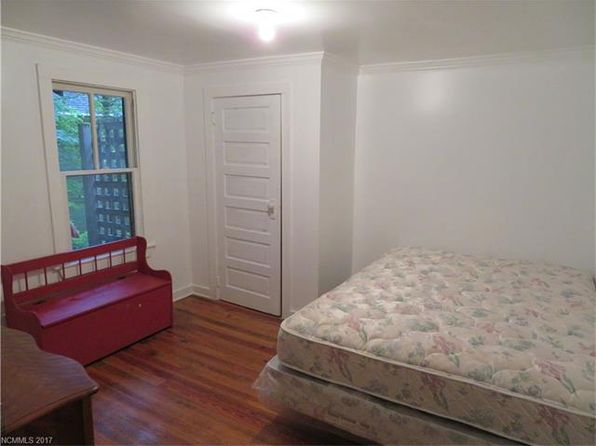 We uncovered the original exterior wall behind this closet and evidence suggesting this may have been the kitchen at one time. Now it’s the master bedroom.

Stuart Circle is one of the oldest streets in Lake Junaluska. A stone park sits in the middle of the one-way circle where perishable foods were once stored (in the large opening on the left) so that the cool spring water kept things fresh.

The cottage’s property line ran through the Corneille Bryan Native Garden (marked by the red flag above the sign).

Hopefully I’ll be working on the big reveal next weekend – although we said that about this weekend as well. . .

4 thoughts on “The Secret Garden Cottage”