All the shed’s parts and pieces shipped from Canada and arrived several days later on two pallets. The manufacturer’s step-by-step Assembly Manual claimed assembly would take “two to three days to complete with a helper.” Their equation did not figure on me being the helper and surely they didn’t count on the job-site being fourteen steps up.

We had inquired all around town to hire two men for two days. They’d feign interest, after which my husband would send them a video detailing the process, and we’d never hear from them again. Eventually he convinced me we could do this by ourselves, and I believed him. We worked nine days in a row.

He prepared the foundation on the first day. The floor frame was set onto four 4×6 pressure treated lumber beams, and the plywood floor set atop all of this. It took some time to ensure the whole thing was square and level so I did gardening work that day.

By Thursday afternoon we had set the studs and secured all the wall panels, installed the windows, and attached the front and rear gables.

We assembled the two roof rafters down below and carried them up one full piece at a time. Each side slid into place and locked into a groove. We just stood there for a minute marveling how easily they had locked in place. This accomplishment seemed to bolster our confidence regarding the roof – the heaviest of all the pieces. When my muscles still wouldn’t rise to the task, my husband lifted the roof panels onto his back and walked them right up the steps.

The six roof panels with cedar shingles already attached, a rafter support beam, gussets, and 6 Polygal panels on the greenhouse side were attached and secured by Saturday afternoon. 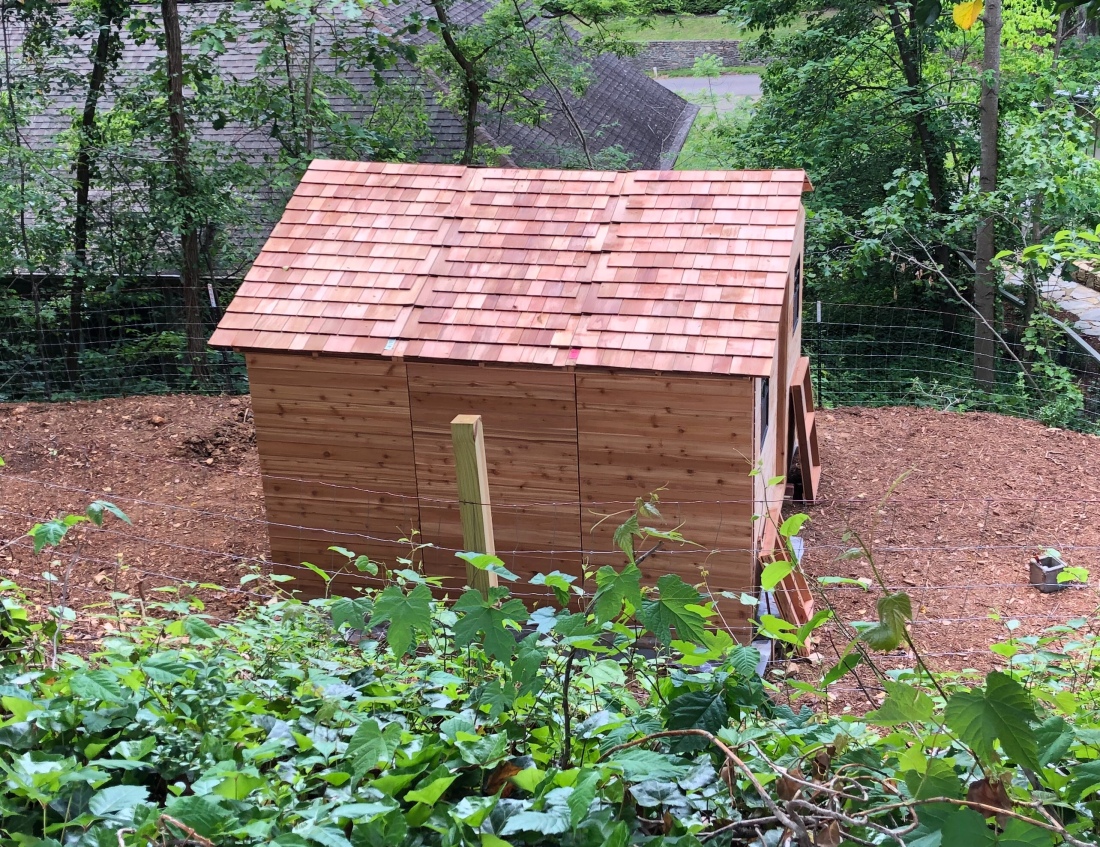 All that was left was to install the door and attach the trim pieces. Never underestimate the details.

On Day Eight, we hammered a million-gazillion trim pieces into their rightful places. Mysteriously, we had a few pieces left over.

The last day we put together flower boxes assembly-line style and we were done! 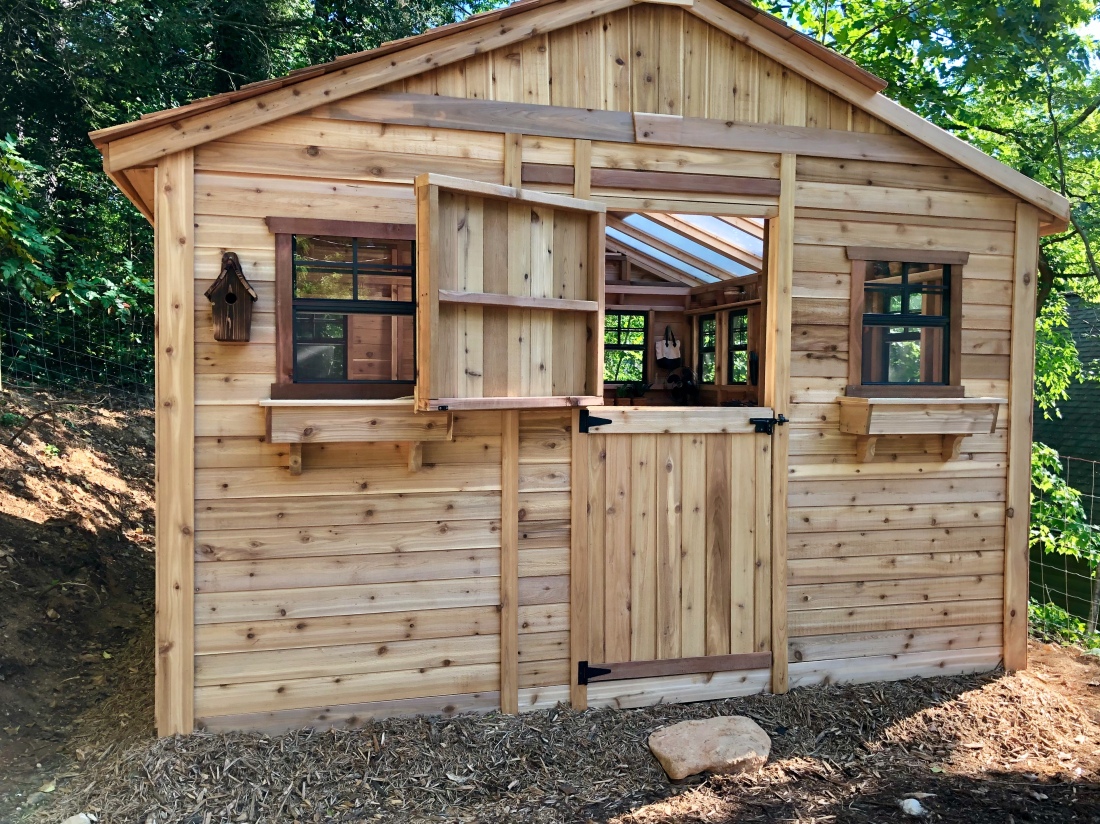 The instructions suggested painting the plywood floor, so we checked the ‘oops’ paint options on our next trip to Lowe’s. Sure enough we found a can of high gloss white interior/exterior paint there the next day. I have wondered about the outcome had there been a can of green or blue instead. The white was perfect.

There’s still work to be done on the Kung Fu wooden dummy, the plumber will connect the water and hopefully install a sink, the electrician will wire in an outlet or two, and there’s the delightful chore of filling the flower boxes. Moving in is always a process.

It seemed likely we might die pushing the roof panels in place, I smashed my finger once with the hammer, and he fell off the ladder when it slipped down the hill. Every project has its moments, but hey! We built a shed!

2 thoughts on “My Garden Shed”