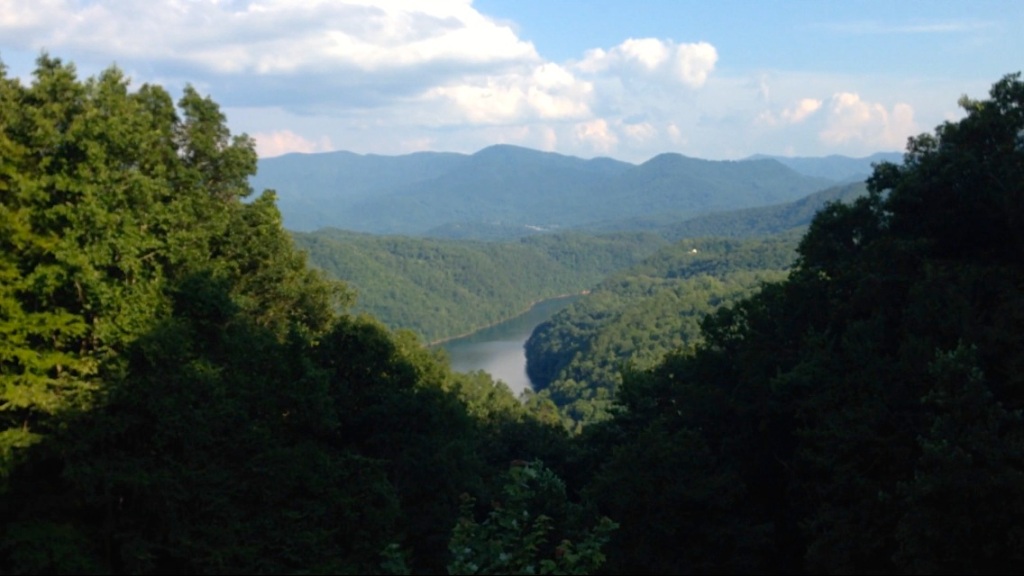 North Carolina’s geography is divided into three biomes: Coastal, Piedmont, and the Appalachian Mountains.  Home for me has been the Appalachian Mountains: elevation 3,218 feet (980.24 meters). With 53.79 inches of average annual rainfall, our climate is comparable to Miami, Florida (58.53″), except that 90+ degree days…. they are just unheard of at our house.

Balsam, North Carolina is located near Balsam Gap, a mountain pass between the Great Balsam Mountains and the Plott Balsams, two of the highest ranges in the Appalachian Mountains. The town and ranges are named after the nicknames of the Red Spruce and Fraser fir (“he-balsam” and “she-balsam,” respectively), which are the dominant tree types at the highest elevations in the Southern Appalachian mountains.

As of the 2000 census, Balsam had a total population of 49 with 14 households, and 11 families residing in the town. There is one United States Post Office where I stop most mornings on my way to the track in the next largest town Eastbound. The Jeep sits in the small parking lot, keys in the ignition, while I check the mailbox that has represented where we live for more than eight years. It was only two years ago that UPS finally agreed to make their way up our drive and deliver large packages directly to our door.

Flying squirrels, wild turkey, ground hogs, and ring neck snakes also call our property home. Indiana Bats have spent the long summer days under the eaves of our porch since the late 50’s. A black bear took a stroll through our porch one sunny afternoon, lounged around the yard for a couple of days, but was never seen again… thank goodness.

Last year, one of my instructors from school walked all 13 acres of our property to identify every tree and plant. There were 17 different varieties of trees and shrubs, 31 flowering plants, 3 native ferns, 4 vines and ivy, but….. mostly ivy.

Although our winter temperatures are moderate, a white blanket of pristine snow will randomly cover our land at some point during the first four months of every year – the last of which inevitably comes about after my first trip to the garden center.

The rest of the year, these mountains overdose on color beginning with the daffodils, which pop up everywhere as if the wind has blown them here and there, followed by the bright white of the dogwood against the new green of the spring forest, while rhododendron, fire azalea, and day lilies usher in the warmth of summer. A cornucopia of color chases the beautiful, starkness of winter, but the ivy – it stays with us all year.

If we could add the hours I have spent coaxing the ivy into submission, time would surely measure in months, not days or hours. Ancient flower beds and old, brick patios have been discovered under mounds of ivy – poisonous and otherwise.

Long ago, an unknown neighbor cut a trail up the mountain on one side of the waterfall and back down the other. Those willing to walk its path are privy to the sight where the waterfall begins; the image likely bringing visions of a grand, bubbling fountain. Instead, it is merely a dribbling spring. Yet, as this dribble gains momentum, tumbling down the rocky mountainside, it becomes a beautiful waterfall.

I once read that it takes three years for a garden to mature. In fact, it may take my gardens a little longer than most.

For years, I have planted beautiful flowers, moved them to another spot and then another…. and sometimes watched them die. I’ve transplanted ferns, trillium and miniature orchids from the wild of the mountainside to the yard, fussed over why they refuse to grow in the places I’ve put them, and marveled how sometimes they catch on and flourish.

There’s nothing quite like falling asleep to the sound of a creek, or waking up to the song of your favorite bird. Every year, my favorite bird has her babies in various containers on our porch or in the hanging baskets. She jumps up and down, chirping her soul away when the babies have opened their eyes. These things I will never forget

The greatest lesson this property has taught is that you can take over a piece of wilderness for your own delight, but the wilderness will always attempt to take it back. It’s ok. I’ve learned to cooperate with these mountains (ivy), accept what it is willing to give up, and seek the beauty in what it insists on remaining unruly. In the end, the key is to find a way to live happily, in harmony together.